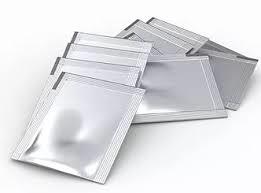 Infections of the lower urinary tract are common occurrences in young adults especially young women, during pregnancy, and in peri- and postmenopausal women. Antibiotics are the first line therapy for urinary tract infection but of late there is growth in antibiotic resistance leading to decreased effectiveness in treating common infections.Resistance arises as a consequence of mutations in microbes and selection pressure from antibiotic use that provides a competitive advantage for mutated strains. Because of the chronic nature of urinary tract infections (UTIs) and the potential for antibiotic resistance, a natural approach to prevention and treatment is desirable.
Clinical research suggests the best natural options for long-term prevention include cranberry, mannose, and probiotics.
Urinary tract infections (UTIs) account for more than a million visits to physician yearly are the second-most common site for infection. Infections of the lower urinary tract (urethra and bladder) are common among women â€“ affecting as many as one in five women at some time during their lifetime. Although UTIs are not as common in men, they can indicate an obstruction such as a stone or enlarged prostate; thus, they are uncommon in men under age 50. UTI s have tendency to recur and many people with chronic UTIs are on antibiotics more than off, running the risk of developing dysbiosis and antibiotic resistance.
Most urinary tract infections (UTIs) are caused by a strain of E. coli which attach to and invade cells in the bladder. When bladder cells are shed, the bacteria can escape and infect new cells, creating a nasty cycle of recurring infections. The first and most crucial step of infection is the adherence of the bacteria to the wall of the urinary tract. E. coli have arm-like extensions with sticky ends that they use to latch onto their target cell.
Although UTIs can be asymptomatic, they commonly present with distressing symptoms, including frequent urge to urinate, pain on urination, pressure or pain above the pubic bone in the bladder even when not urinating, difficulty passing urine, and general symptoms of fatigue. In addition to painful urination and pyuria (white blood cells in the urine), men may experience a full sensation in the rectum. Children with UTIs can often be asymptomatic or present with less specific symptoms, such as irritability, incontinence, diarrhoea, poor appetite, and fever.
Signs include cloudy or milky urine that can be pink or reddish tinged if significant blood is present. A fever, flank pain, nausea, and vomiting are usually signs the infection has reached the kidneys, causing acute pyelonephritis.

Botanical Interventions for Lower Urinary Tract Infections:
While antibiotics are used to treat and prevent recurrent urinary tract infections, frequent antibiotic use can result in vaginal and intestinal dysbiosis as well as antibiotic resistance.
Thus, it is desirable to seek alternative methods of prevention and treatment of simple UTIs. Vaccinium macrocarpon (Cranberry), Blueberry, DMannose vitamin A are alternative methods to cure UTI.

D-Mannose in UTIs:
D-mannose is a simple sugar that prevents adherence of certain bacterial strains to uro epithelial cells of the bladder. It prevents 90% or more of UTIs that are caused by the bacteria E.coli.

The Role of D-Mannose in the prevention and Treatment of UTI's:
Pathogenic E. coli bacteriaâ€™s pili â€œgrappling hooksâ€ are specially designed to attach to a simple carbohydrate called D-Mannose, which is found on the cell surface receptors of the urinary tract host cells. When isolated urinary tract cells are bathed in D-Mannose, it acts as molecular â€œchaff.â€ Thebacteria bind to the D-Mannose in their environment instead of to the D-Mannose on the cells. This gums up their pili and prevents them from hooking onto urinary tract cells.Although D-mannose can eliminate UTIs as quickly as conventional antibiotic drugs, it is far safer because it does not kill E. coli or any â€œfriendlyâ€ bacteria. Instead, it makes it impossible for E. coli bacteria to stick to the lining of the urinary tract, which allows the normal flow or urine to wash the bugs down the drain.

A Synergistic Combination:
D-Mannose is a simple carbohydrate that is found on cell walls. UTI causing bacteria recognize and latch on to D-mannose, which then allows them to infect the cell. Supplemental D-Mannose acts as a molecular decoy to prevent bacteria from attaching to and infecting bladder cells. Cranberry extract, on the other hand acts by acidifying the urine and also by reducing bacterial adhesion to the urinary tract wall. D-mannose and cranberry extract provide a natural, simple solution with no known side effects.

Caution:
If a UTI treated with D-mannose does not show significant improvement within 24 hours (about 10% of cases), it is likely that the causative organism if not E. coli, and a visit to the doctor for a conventional vantibiotic drug is therefore necessary.

Side Effects:
â— If pregnant or lactating, consult your physician before taking this product.
â—Cranberry juice and d-mannose have been associated with gastrointestinal upset, nausea, vomiting, and diarrhea in some individuals.
â—D-Mannose should not interfere with blood sugar regulation even for diabetics because so little is absorbed, though close monitoring is always advised. Consult your physician for more information.

Drug Interactions:
Cranberry may be contra-indicated for individuals On blood thinning medications.
Consult your physician for more information.

Storage:
Store in a cool dry and dark place.