As per WHO, infertility can be described as the inability to become pregnant, maintain a pregnancy, or carry a pregnancy to live birth. It affects an estimated 48 million women with the highest prevalence of infertility. Infertility is caused by many sources, including nutrition, diseases, and other malformations of the uterus.
While the solutions that are typically offered to you by a fertility doctor are; Artificial Insemination (e.g. IVF), Assisted Reproductive Technologies (ART), surgery, drugs and other procedures, there is one thing that is typically left out: 'Supplementation with Nutrients', which this combination is offering.
Maintaining a healthy body that is ready to conceive, carry a child and for the future health of the baby as well requires the right mix of nutrients. Unfortunately, far too many of us fail to provide our body with the fuel it needs to build strong cells and organs that are prepared for the job at hand.

Indications:
 Enhancement of pregnancy rates in female infertility due to ovulation disorders and polycystic ovary syndrome (PCOS).
Correction of multiple micronutrient deficiencies and reduction/correction of oxidative stress associated with infertility.
Adjuvant therapy, along with drugs, for ovulation induction and assisted reproductive techniques.

Inositol:
Inositol is a carbohydrate but not a classical sugar. Its deficiency is a major factor in PCOS. Insulin resistance and/or compensatory hyperinsulinemia have a central role in the pathogenesis of PCOS. Inositol-phosphogycan (IPG) is a mediator of insulin action. Evidence shows that deficiency of a specific inositol-containing IPG contributes to insulin resistance, and administration of insulin-sensitizing inositol to both obese and lean women with PCOS increases the frequency of ovulation and decreases circulating androgens. Inositol also serves as a precursor for the synthesis of phosphoinositides, which constitute the phosphatidylinositol signal transduction system involved in the regulation of various cellular functions including cell proliferation. Inositol, along with estradiol in human follicular fluid, also plays a role in follicular maturity and provides a marker of good quality oocytes. Research also shows that inositol is a simple and safe treatment that is capable of improving reproductive axis functioning in PCOS patients, reducing the hyperinsulinemic state that affects LH secretion and restoring spontaneous ovarian activity and consequently clinical pregnancy rate. Moreover, inositol therapy does not cause multiple pregnancies. It also holds some promise as an anxiety such as panic disorders and binge eating. In part because of its benefits to fertility and PCOS, as well as the anxiolytic effects potentially helping symptoms of PMS (dysphoria and anxiety mostly), inositol is sometimes referred to as a general female health supplement.

Elemental Magnesium:
Magnesium is essential for the functioning of more than 300 different enzymes in the body. Living without adequate levels of magnesium is like trying to operate a machine with the power off.
Magnesium deficiency is associated with various reproductive events like infertility, pregnancy wastage, congenital anomalies, pregnancy-induced hypertension, placental abruption, premature rupture of membranes, still births and low birth weight. Magnesium ions (Mg2+) are pivotal in the transfer, storage, and utilization of energy. Mg2+regulates intermediary metabolism, DNA and RNA synthesis and structure, cell growth, reproduction, and membrane structure. In addition, all kinases and other ATP-related enzymes and channels regulating insulin action and vascular tone are magnesium-dependent. It is also a cofactor for glucose uptake by cell membranes. Magnesium is also needed along with calcium to help maintain the rhythmic contractions of the fallopian tubes, which in turn facilitate the sperm in meeting the egg for conception.

Vitamin C:
A moderate amount of supplemental vitamin C improves hormone levels and increases fertility. There is a clear and definitive link between Vitamin C deficiency and female infertility. Vitamin C aids all stages of; preconception, pregnancy and childbirth. Vitamin C improves hormone levels and increases fertility in women with luteal phase defect (LPD). Research shows that vitamin C also increases progesterone in the body, which helps regulate menstrual cycles, thicken the lining of the uterus and improves ovarian function.
Vitamin C supplementation strengthens capillaries, which has been shown to reduce heavy menstrual bleeding (a known cause of infertility in women). In addition, vitamin C increases cellular immunity and decreases autoimmune progression and fatigue. This helps reduce the risk, and spreading, of endometriosis and uterine fibroids. It also reduces the risk of pregnancy complications such as preeclampsia, birth defects and premature rupture of the membranes in pregnancy.

Nicotinamide:
Nicotinamide (B3) is involved in over 50 body processes including releasing energy from food, making hormones, removing toxins and helping to keep cholesterol within the normal range. Niacin can also improve blood flow to the uterus.

Para Amino Benzoic Acid:
It is believed that PABA increases the ability of estrogen production and facilitates by increase the level of fertility in women.

L-Arginine:
L-arginine is an amino acid which plays a major role in the vascular system and blood flow by participating in nitric oxide synthesis and vasodilation.

L-arginine is thought to improve the reproductive health because:
(I) It increases blood circulation to the uterus, ovaries and genitals: L-arginine allows for better blood circulation to the ovaries, allowing for optimum egg production. The increased blood flow to the uterus also creates a better environment to allow the implantation of a fertilized egg. Blood flow is important for the proper functioning of the reproductive organs, and may improve the chances of conception.
(II) It increases Nitric Oxide levels: L-arginine increases NO levels supports healthy inflammation levels which may help to prevent uterine fertility issues such as fibroids, endometriosis and PCOS. Inflammation is a contributing factor to a number of fertility issues shown to negatively impact conception and implantation.
(III) Improve the production of cervical mucus: In women dealing with fertility issues. Some women do not produce enough cervical mucus, and others produce a mucous that is too thick for sperm to travel through. L-arginine can encourage better production of cervical mucus through improved blood flow.
(IV) Supports a healthy libido- L-arginine increases blood flow to the genitals in women, leading to an increased libido. A healthy libido plays an important role in conception.

Elemental Zinc:
A Zinc deficiency alone will not make you infertile, but it is a key factor in making many parts of the reproductive system work properly. Zinc is just one component, but it works with more than 300 different enzymes in the body to keep things working well. Without it, your cells can not divide properly; your estrogen and progesterone levels can get out of balance and your reproductive system may not be fully functioning.

How Zinc Affects a Woman's Fertility
In women, zinc plays a vital role in many key reproductive health areas including:
Egg production: A woman's body needs a certain amount of zinc to produce mature eggs that are ripe for fertilization
Maintaining proper follicular fluid levels: Without enough fluid in the follicles, an egg cannot travel the course through the fallopian tubes and into the uterus for implantation.
Hormone regulation: Zinc is just one of the minerals that the body uses to keep hormone levels (like estrogen, progesterone and testosterone) stable throughout the entire menstrual cycle. Low levels of zinc have been directly linked to miscarriage in the early stages of a pregnancy.
Zinc can help to reduce the size of fibroids which are also a cause of infertility.

Vitamin A:
Vitamin A has wide-ranging effects on female reproductive health. One exciting way it is believed to boost fertility is by promoting better cervical fluid. Getting adequate vitamin A in your diet helps to assure you that your cervical fluid will be a sperm-nourishing, fertile consistency. It also increases the amount of fertile fluid. The cervical fluid is what helps sperm travel up to meet your egg during the time you are trying to conceive. Because vitamin A deficiency can lead to little fertile fluid, getting enough vitamin A is vital to your reproductive health. Vitamin A also helps ensure that your follicles develop properly. The follicles each hold an egg, and one follicle releases an egg every month. The follicle then produces hormones that aid the egg in implanting in your uterus. Without enough vitamin A, the follicle does not mature properly.

Side Effects:
Mild GI discomfort which are harmless and resolves itself in 3-4 days.

Contraindications:
Do not take this combination if hypersensitive to any of its ingredients.

Precautions:
Ask your Doctor before taking this, if you have Herpes, as L-Arginine can trigger an outbreak. 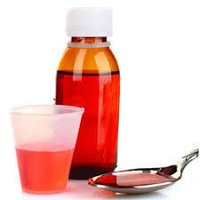